ALL INDIA KASHMIRI SAMAJ (AIKS) MAKES AN EFFORT TO COMPILE THE DETAILS OF THE IMMOVABLE PROPERTY LEFT BEHIND BY OUR COMMUNITY AT THE TIME OF OUR EXODUS IN 1989-90 .

As you are aware, a week back, NSC Secretariat has asked the Government of Jammu and Kashmir State to furnish details of the property left behind by Kashmiri Pandits in Kashmir at the time of their exodus in 1989-90 and its present status

In 2006, a Civil Writ Petition was filed by All India Kashmiri Samaj (AIKS) in the Honorable Supreme Court of India (Writ Petition (civil) No. 534 of 2006) under Article 32 of the Constitution of India, raising several issues of fundamental rights and dignity of citizens and their rights to constitutional protection as also the profound issues of public interest, particularly with reference to the Displaced, Exiled, Deprived and Oppressed community of Kashmiri Pandits. The petition is also against the callous, complacent and apathetic approach of the respondents towards the Kashmiri Pandits of Jammu and Kashmir who have been conspiratorially targeted and have been victims of terrorism in the State of Jammu and Kashmir. The petition came up for preliminary hearing on 24/11/2006 and Sh. Arun Jaitely represented AIKS. Among other issues, the petition raised the issue of ‘Loot and destruction of properties left behind by Kashmiri Pandits’. With the increase in terrorism in Kashmir, in fact in the whole State, and violence being unleashed by the militants, Kashmiri Pandits saw little hope of their return to Kashmir. This led to distress sale of their properties at throw away prices, compared to the existing market rates. Subsequently, State of Jammu and Kashmir enacted a law in 1997 for protection of immovable properties and other interests of Kashmiri Pandits, called the J&K Migrants Immovable Property (Preservation, Protection and Restraint on Distress Sales) Act, 1997 and J&K Migrants (Stay of Properties) Act, 1997 (Act No. XVI of 1997- 2 June 1997). However, in view of the lackadaisical attitude of the State Government, the distress sale continued. As a consequence, AIKS took the matter to the Apex Court, as mentioned above. After many hearings in the Apex Court, the case was transferred to the Hon’ble High Court of Jammu and Kashmir in 2016, where five hearings have already taken place till now. In the light of instructions issued by NSC Secretariat and our ongoing case in the JKHC, AIKS is now requesting the community to give the details of their properties in the form below to avoid any record temper.

All India Kashmiri Samaj was formed as a support organisation for the Kashmiri Samaj, and consisted of Kashmiri Pandits living outside Kashmir. The role of the Samaj was to create a nationwide awareness campaign about the communal violence against the pandits of Kashmir…. Read More

HOME
ABOUT US
EVENTS
CURRENT-EXECUTIVE
GALLERY
BLOG
DONATION
CONTACT US 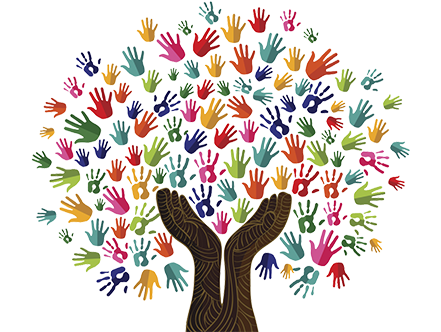